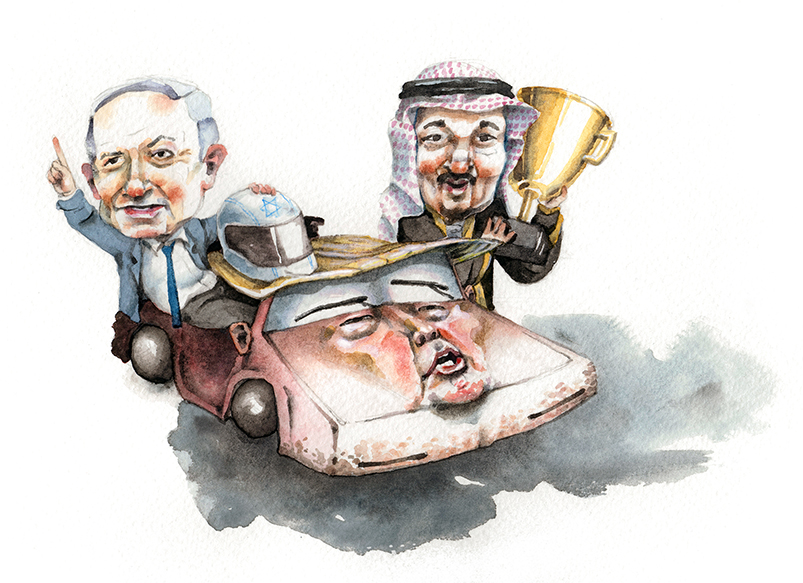 Choosing political issues to write about on a weekly basis can be challenging. There are quite a few topics that bounce around the political microcosm, and no doubt many of them are easy to crack jokes at. But sometimes, none seem to touch the corners of our proverbial screen saver; they just don’t seem very important.

So that’s why, for this high-brow blog post, we’ll be writing about topics and themes that have popped up many times before…

On September 14th, 2019, drones attacked U.S. owned oil fields in Saudi Arabia. Although the Yemeni Houthi movement has since admitted to sending the drones in response to the genocide that Saudi Arabia has been committing in Yemen since 2015, the United States and Saudi Arabian government, as well as Germany, France, and the U.K., have blamed Iran for the attacks. No parties, however, have shown conclusive evidence in support of these accusations, which have all been denied by Iran’s president.

Along with these allegations came rumours or Iraq’s involvement. It was said that these bombings were in retaliation to previous drone strikes done by Israel. These rumours were quickly swept aside, due to it being less convenient, and two wars can’t be fought in Iraq.

Because of the attacks, oil production slowed (for a short time), which in turn made the Saudi oil barons dissatisfied.

On September 20th, as a way to appease the wealthy reptilian bipeds, Secretary of Defense Mark Esper told reporters that American troops would be deployed to guard the Saudi oil fields, stating that “the United States has a responsibility to protect our citizens and our interests in the region”.

Illustrator currently working out of Toronto, Ontario. View all posts by Scott Shields